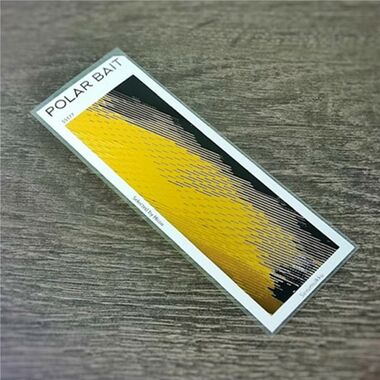 Kari Hissu Hietalahti has made his career as an actor and screenwriter. Hissu is known from various different roles, such as the ones in Vintiöt, Rööperi, Roba and Ihmisten puolue - people's party. Hissu has gained the Golden Venla -award among other things.

Hissu wrote a fishing book after the TV series Kenraali Pancho & Pojat Pohjoiskalotilla, where he was an actor as well. In the TV-series the two men and one chihuahua try to survive and catch a fish in Northern Polar Cap and Europe.

SAVUMUIKKU - a smoked vendace. My first top lure at Lake Saimaa, Finland, resembled a smoked vendace. I once even got a brown trout with it. Nowadays I wish I wouldn't catch that fish as it has become endangered.

KENRAALI PANCHO - General Pancho. This is an interesting combination of colours. White and brown background covered with black dots, just like on our leader, General Pancho. Added with gold-chrome colour makes it very temperamental, just like the nature of chihuahua.

LAPPARI - The Laplandish. A must-have colour on lake Saimaa but also elsewhere when fishing pike-perch. When the sun goes down and leaves a golden trail on horizon be prepared... Works for all fish without fail - as it does on a label of a certain Finnish bottle...

AFFENA - the perch. Everyone eat perch and perch eat everyone. This is the colour related to the beasts. The national colour combination of Finland.

Here's how the Kenraali Pancho -colour goes on a deep sea lure.